Bigg Boss 13 is rolling and the first guests on the show will be Choti Sarrdaarni’s Sarab, Meher and Param. Read details here. 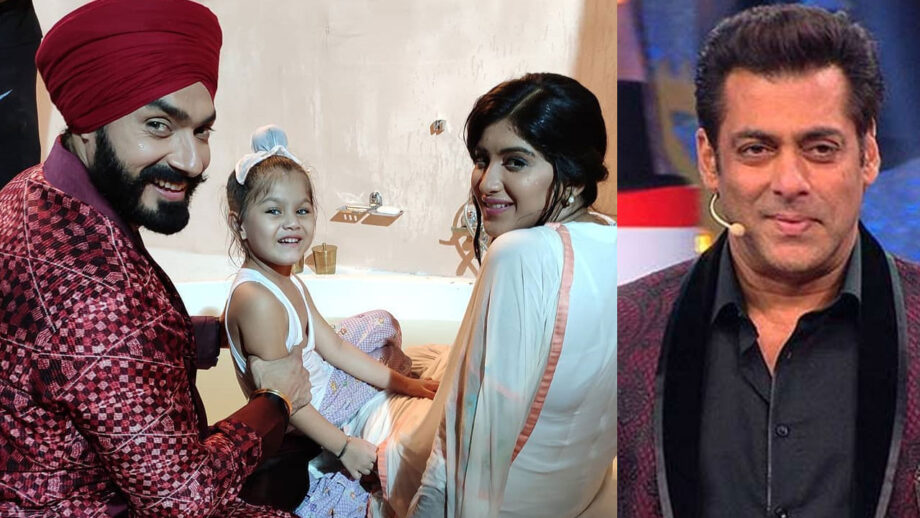 Bigg Boss 13 is where all eyes will be glued over the weekend!!

The huge controversial Colors show produced by Endemol starts its journey in the new season.

And today is the D-day when the contestants will join the host and dost Salman Khan and will get locked inside the house.

Well, the shoot of Bigg Boss 13 will be graced by the terrific trio, Meher, Sarabjit and Param from the show Choti Sarrdaarni.

The show produced by Cockrow and Shaika Entertainment has been doing really well on the numbers chart. The amazing story line of Sarabjit (Avinesh Rekhi), Meher (Nimrat Kaur) and Param Kevina Tak) has been winning hearts.

Now, Sarab, Meher and the cute little Param will get a chance to meet the contestants of Bigg Boss.

As per a reliable source, “The three of them will also share the stage with Salman Khan if time permits.”

That will be one amazing outing to the sets of Bigg Boss for Sarab, Meher and Param!!

We buzzed actors, Producer and channel spokesperson but did not get comment.

Mahesh Babu vs Salman Khan: Who wins battle of FANS?