Bigg Boss 13 will see contestants bonding well with their connections who have come into the house. 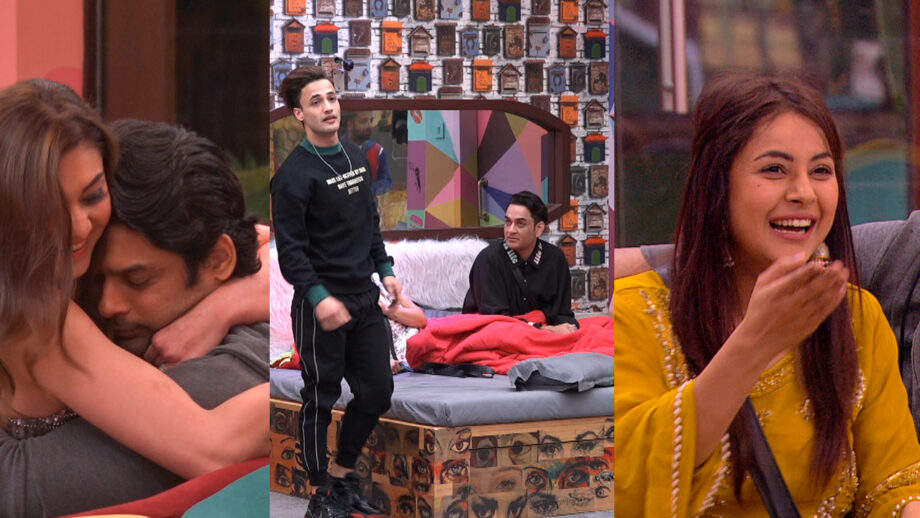 The much-awaited connections round has changed the vibe inside the Bigg Boss house. With the finale being around the corner, the contestants are leaning on their connections who are entering the house this week to support them. While a few connections have already started their game plan inside the house, Bigg Boss reveals other members one after the other.

After a slew of connections, Shefali Jariwala is the next one to enter as Paras’ connection. While Mahira is happy about her re-entry, it is pretty evident that Shehnaaz is not at all pleased.

While Asim dreads Shefali’s entry, they both soon get into a fun banter. A sarcastic Shefali soon get into a banter with Asim but he stays unaffected. Shefali continues to pester him and says that Parag, too, misses Asim and can’t wait to meet him in the finale. Himanshi seems upset over their banter and tries to calm the duo. As Sidharth and Shefali share a warm hug, Shehnaaz looks very bothered and starts an argument with Sidharth. It’s time for the next contestant to enter, who is none other than Vikas Gupta representing Sidharth’s connection. Vikas makes a startling revelation that Asim allegedly has a girlfriend and he has started a new relationship inside the house before ending his previous one.

Up Next the vivo V17 task is introduced wherein the contestants have to recreate popular dialogues of their co-contestants and capture it in the form of a video with vivo phone. Mahira and Paras enact Sidharth and Shehnaz’s conversation, while Shehnaz and Vishal take a dig at Mahira and Paras. Rashami and Sidharth roleplay Madhurima’s and Vishal’s iconic frying pan moment while Shehnaaz gives Aarti’s independent game a flirty new twist.

Putting an end to the suspense, Bigg Boss reveals Shehnaz’s and Vishal’s connections who are about to enter the house. When Shehnaaz hears that her brother Shehbaaz is going to enter, she starts jumping with joy. Shehbaaz enters with a cake for Shehnaaz as it’s her birthday and the entire house gets together to celebrate it. He further warns Shehnaaz and Sidharth to be wary of Mahira and Paras as the two are trying to create a rift between them.

Vishal Singh’s brother Kunal is the final connection to enter the house. The two share a joyful hug as Kunal gets emotional seeing his brother. Kunal warns Vishal to be careful of Mahira who is out to get him. Now, Shehbaaz starts entertaining the housemates with his antics and goes on to poke fun at Paras. The housemates finally seem at peace after meeting their connections.

The question now remains how will the connections change the game?