Bigg Boss 13 will see huge fights happening amidst a love triangle being formed. Read for details. 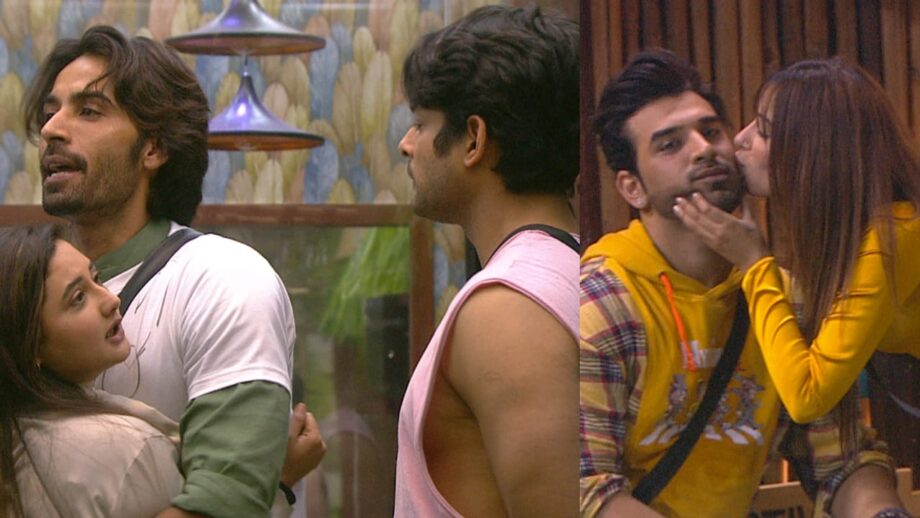 A love triangle of Paras, Shehnaz and Mahira that had begun with the season seems to have reached its zenith. Shehnaz has always been vocal about her feelings towards Paras and has openly confessed it many a times. Upset with Sidharth and Paras since not keeping her on their priority list for the captaincy task, Shehnaz ends up getting into a fight with them. Disturbed by the growing fondness between Paras and Mahira, Shehnaz turns ignorant towards Mahira and gives her a cold shoulder. Realising this, Mahira gets furious and blasts Paras stating that she is not here to take blames about creating a love triangle.

Mahira creates a huge fuss and bursts out on Shehnaz for unnecessarily blaming her about creating a rift between Shehnaz and Paras. Much to everyone’s surprise, the argument ends leads to a shocking acceptance. Mahira who has been denying it all this while finally accepts her fondness for Paras and announces that she too likes him and from today onwards she doesn’t want Paras to talk to Shehnaz anymore.

Later Bigg Boss announces the jail punishment albeit with a twist in the tale. Asim who is also the house captain is made the police in the task, and is asked to make 5 new rules that will be mandatory for the housemates to follow. Asim also enjoys the power to give warnings and punishments to the housemates, who breaks them. The housemates who break the rules multiple times will be sent to jail.

While everyone is happy and cordial, the task soon takes an ugly turn as Sidharth and Rashami get into an ugly fight. Asim asks Sidharth to be a part of the task since he appears to be fit and healthy now, to which Rashami’s adds that he should be made to perform the task too. Sidharth points fingers at Rashami and questions Asim if she is his assistant. This upsets Rashami and the two get into a huge fight. The fight takes an ugly turn when Sidharth istigates Rashami and Arhaan gets in between them. Arhaan loses his calm with Sidharth and almost raises his hands at Sidharth.

Will the house get divided into two groups once again?