Know more about what's going on the Bigg Boss house The Bigg Boss season 14 is back with a bang and the excitement seems to build up right from the first day itself. Day 1 saw a heated verbal tussle between Jasmin Bhasin and Nikki Tamboli.

When Jasmin asked Nikki to help by wishing the dishes, Nikki denies saying that she won’t do it as it will spoil her nails. This irks Jasmin but she keeps her calm and asks Nikki to instead make dinner for the day.

However, Nikki refuses this as well and this infuriates Jasmin. She tells Nikki that that’s not how one should behave and she can’t refuse to do every task like that. Later, Jamsin feels bad and she starts crying and Hina console her.

What’s your take on it readers? Let us know your views in the comments below and for more updates, stay tuned to IWMBuzz.com 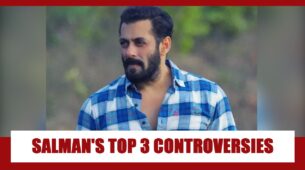