Ekta Kapoor and her struggles in the past will inspire you more! 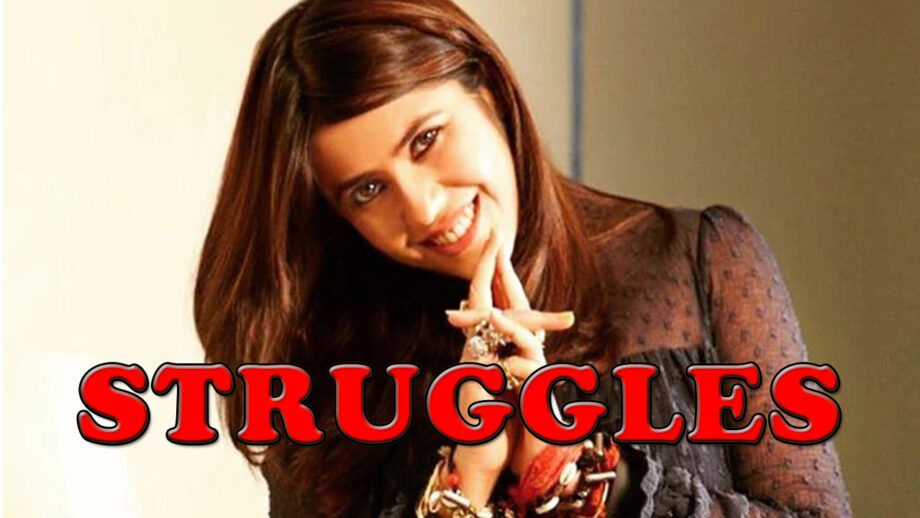 Ekta Kapoor is known for producing many hit television shows like Kumkum Bhagya, Kundali Bhagya, Kasautii Zindagii Kay, and many more shows on the list. She is also known for releasing films like Love, Sex Aur Dhoka, Once Upon A Time In Mumbai, and Shor In The City.

Talking of her good days, when she was struggling in the industry, we got her biggest struggles that almost broke Ekta Kapoor.

Back in 1994, when Jeetendra was offered to telecast a show on TV Asia, he decided to introduce his daughter, Ekta Kapoor to the world. With the help of her father and financial advisors, Ekta Kapoor started Balaji Telefilms, a production house in 1994.

Now when Ekta Kapoor started her career, her initial shows were a failure which led to her breakdown, but with her strong support from the family, she stood up and in the year 1995, she came up with the show Hum Paanch which was a success on the television and it boosted Ekta Kapoor’s confidence to produce more and more shows.

Also, read Ekta Kapoor’s Biography, Education, And Net Worth In 2020!

Stay tuned with IWMBuzz.com for more updates of Ekta Kapoor and don’t forget to comment on your view below.