As per sources, both Colors and Star Plus are set to air Naagin series Naagin, the slithery drama caught audience interest across television lovers in India and set the ratings chart on fire.

Naagin had Colors as the beaming partner, Ekta Kapoor as the master creator and an interesting casting ensemble with Mouni Roy being the protagonist (rather antagonist).

After two successful seasons, Naagin is set to return with season 3 with Surbhi Jyoti, Anita Hassanandani and Karishma Tanna playing pivotal roles. Mouni and Adaa Khan (past season star associates) have given this installment a miss.

Naagin, the franchise, and Colors are synonymous. The channel was all gung ho about the launch of season 3. However, plans have hit a roadblock, is what we hear.

It all began, as per sources, with Ekta quoting a higher price for the project to be executed, which Colors found difficult to cough out.

Star Plus, which is hellbent on finding a buoy in the content ocean, set its eye on Naagin, which might very well prove to be a game changer to their otherwise sordid looking fiction line-up.

Says a source: “Star… time & again has stayed away from over the top drama and even experimented with notionally popular concepts like TedTalk which have bombed at the ratings chart. Now, the think tank is willing to be flexible in its approach and looking to dole out more populist content.”

Well, we have already reported about Ekta bringing back Kasauti Zindagi Kay on Star Plus and now, credible sources inform that Naagin 3: pet project of Ekta has also shifted from Colors to Star Plus.

“Shooting has already started and promos will soon beam,” adds the source.

If that is true, what would that mean for Colors?

Well, daggers are drawn it seems and the hiss is getting louder with each passing day.

We have been told that Colors has sounded off Rashmi Sharma and Siddharth Tewary (Swastik) to quickly weave a new version of Naagin. Whoever can move faster, wins the deal.

So, if the speculations indeed turn out to be true, viewers will have to choose between Naagin on Star and Naagin on Colors.

We texted Ekta Kapoor, Gaurav Banerjee from Star Plus, Siddharth Tewary, Rashmi Sharma and a Colors channel spokesperson, however, none commented on the development.

Remember, you read this exclusive piece of news right here on IndianWikiMedia. 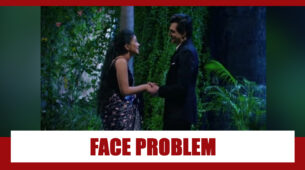