Payal Nair joins the cast of Star Plus’ Anupamaa Star Plus upcoming show Anupamaa produced by Director’s Kut will be based on the trials and tribulations a mother undergoes upon sacrificing her life and ambitions for the sake of her husband and kids.

Earlier in the day, we wrote about Mehul Nisar and Madhavi Gogate joining the cast of Anupamaa.

Now, we hear Chhapaak actress Payal Nair, who was last seen in TV show Yeh Rishta Kya Kehlata Hai, will be part of the show. The actress will have a cameo in the above-mentioned project.

As we know, Rupali Ganguly and Sudhanshu Pandey will play the titular roles in the show.

We buzzed Payal but could not get through for comments.

Anupamaa will launch on Star Plus on 13 July at the 10 PM slot. 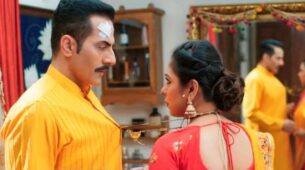