Star Plus’ popular show Kulfi Kumar Bajewala, produced by Gul Khan and Nilanjana Purkayasstha, will shift to a new time slot. The show will shift to the 7 PM slot from 23 December, which will be left vacant by Namah.

Now, loyal viewers of the show will see a leap. The jump will take place at the end of January or early February.

Post the leap, lead actor Mohit Malik will bid farewell to the television show where Mohit plays the role of a father of two little girls. The rumours of Mohit quitting the show have been floating all over for a while now, and it is only recently that the actor confirmed his departure from the show. Mohit’s character, who is currently suffering from a brain tumour on the show, will be shown dead.

Are you all excited about the leap? 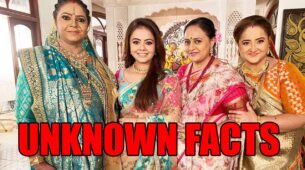