The actor takes a leap in his relationship… Actor Abhishek Bajaj recently got engaged to his long time girlfriend Akanksha Jindal in a ceremony attended by family and friends in New Delhi. Both Abhishek and Akanksha are born and brought up in Delhi and met via a friend who played a cupid for the couple.

Being an actor Abhishek made sure to add some drama and fun to the ceremony. The actor did a romantic number with his girl on ‘Sun Mere Humsafar’ leaving the guests go aww for the new couple. The next song was ‘Suit Suit Karda’ where Abhishek showed off some cool moves leaving Akanksha stunned which was followed by a Punjabi number ‘Na Ja Naja’.

“I chose a mix of 3 songs which were completely different and unique from each other. I always wanted my engagement ceremony to be not a typical one where we only exchange rings and make merry about it and hence I picked up 3 songs which was much liked and appreciated by all.  We together performed on 3 songs and I did a solo number on ‘Tera hero Idhar Hai’ which left Akanksha surprised and shocked and it was fun to see her reaction”, says Abhishek.

The sangeet and haldi ceremony will take place on 27th November and the wedding on 29th November this year in New Delhi. 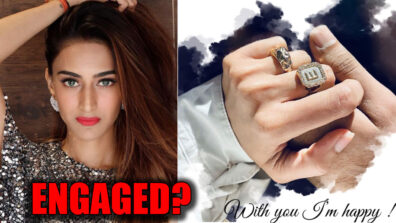 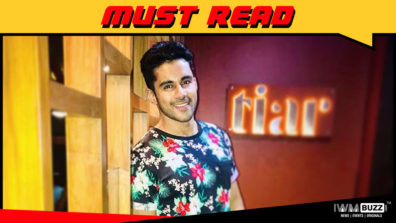