Just a few days ago, we heard a rather shocking allegation from the organizers of the prestigious Dada Saheb Phalke Award against Mahira Sharma where they alleged that Mahira faked to be an award/certificate recipient of the prestigious award.

Mahira had attended the prestigious event and as per reports, was apprised of the fact that she’s an award recipient for being an influential fashionable personality at Bigg Boss 13. However, something was amiss when Mahira wasn’t called on stage to receive her award. This apparently gave birth to a lot of confusion. While Mahira thought she won the prestigious award, the organizers of Dada Saheb Phalke Award slammed her for ‘faking’.
Finally, to throw some light on what the actual scenario is, Mahira took to social media to clarify her stand. Check out –

Okay so the world has been talking about it since last night, here is my reply which is 100 percent true and honest..@premalmehtaofficial 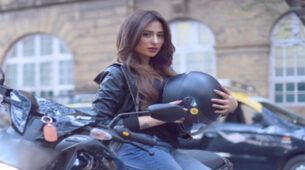 Remember, you are never alone, so don't suffer in silence: Mahira Sharma on depression