Indianwikimedia has exclusively learnt that Krishnadasi fame actress Diya Makhija will make a grand entry in the upcoming episodes.

As per a reliable source, “Diya will be playing the character of Suman. She will be welcomed in the family by Phoolkumari (Rinku Karmarkar) to create rift between Bittu and Munni (Madirakshi Mundle).”

As Phoolkumari doesn’t want Bittu and Munni to be together, she will get Suman and will try to bring her close to Bittu.

Suman will enter during Vikram (Paras Madan) and Jyoti’s (Barkha Singh) mehendi ceremony and will groove on a special number Cutiepie from Ae Dil Hai Mushkil.

The new entry on the show will create a lot of trouble for Bittu and Munni. 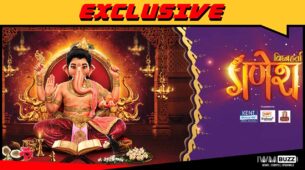