Media has reported about the show airing scenes wherein Gurucharan Singh aka Roshan Singh Sodhi was shown enacting the role of Sikh Guru Gobind Singh, which has irked the Sikh community calling it an act of ‘blasphemy’.

In a statement to the media, SGPC chief Kirpal Singh Badungar said the serial had hurt the community by depicting a living character of tenth Sikh Guru Gobind Singh, which was “against the Sikh tenets” (PTI).

The actor further stated that he has spoken to the concerned persons and many have acceded to the folly. “I am hopeful that all will be well as we did not do anything wrong. I, being a Sikh, know that we are a peace loving community and can sort out issues via dialogue.”

Maker of the show, Asit Modi on his part said; “The intention is not to hurt anyone. Still if unknowingly we have caused harm, I apologise. I am willing to speak, co operate with anyone to solve the misunderstanding.”

Well, it’s a case of communication error, we guess, and we hope the dust settles soon and Taarak continues to entertain audience.

Keep reading IndianWikiMedia for more updates on the development. 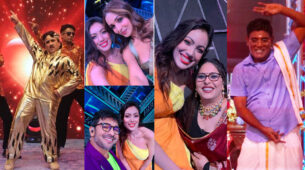