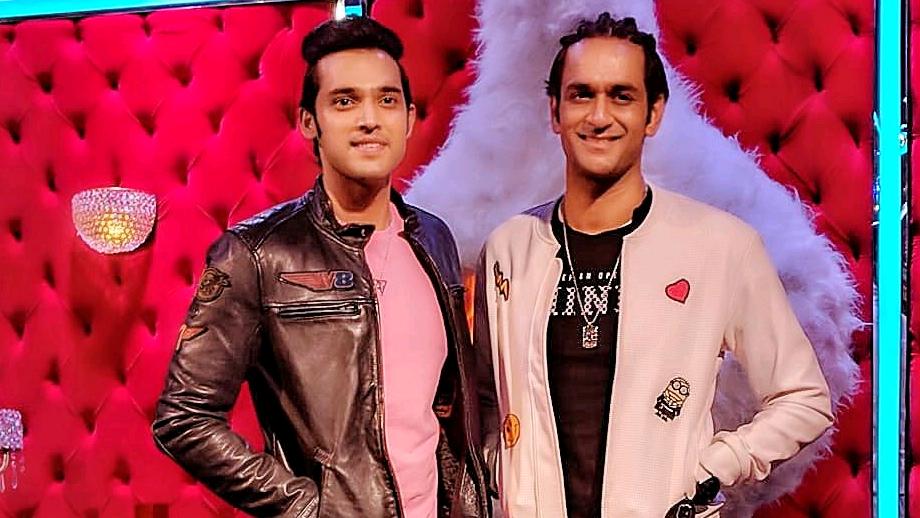 Noted television celebs Vikas Gupta and Parth Samthaan, back in time,  couldn’t see eye to eye. The two, once best of friends, turned foes,  hurling verbal punches at each other.
Letting bygones be bygones, Parth and Vikas, like mature individuals, have buried the hatchet and have again become friends.
The two were spotted posing at Ekta Kapoor’s Diwali bash, looking happening and handsome.
Now,  Parth is melting hearts with his syrupy performance in the love saga Kasauti Zindagi Kay, and Vikas is wowing one and all with his superlative anchoring skills in Ace of Space on MTV.
Recently, as per our sources, Parth shot for an episode of Ace of Space, sharing screen space with Vikas. He spent a night at the house wherein contestants tried to impress him with their talents. He was also a part of the nomination process.
We bet the episode will be a great watch. One must state that Vikas’s hardwork have made Ace of Space a super popular show.
The sequence will air soon.