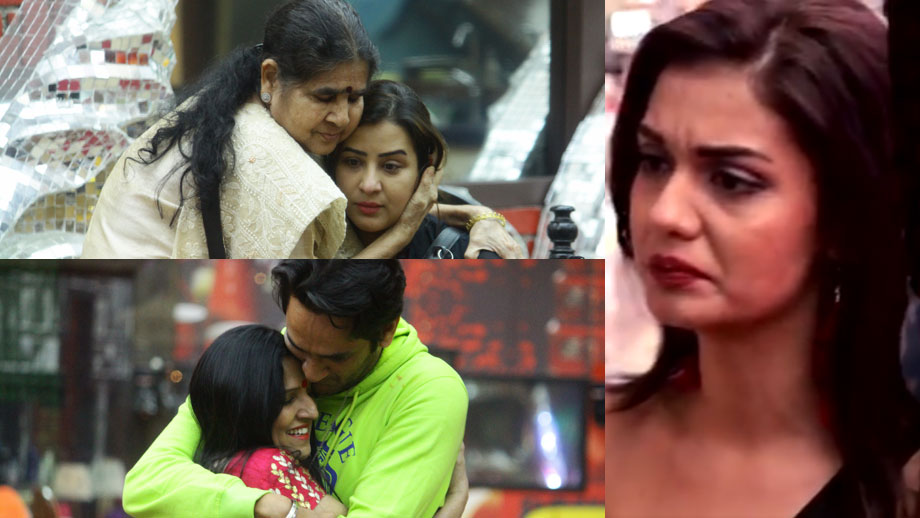 Family, many would agree, is life’s greatest gift. Away from their loved ones, the gharwale have now found a new family amongst themselves. With the luxury budget task on the anvil, the contestants are in for a huge surprise with a task titled ‘Statue.’ As a special treat, Bigg Boss has a surprise for all the contestants! Family members will be entering the house for a quick meet and greet. Armed with sage advice and messages from the outside world, the family members are sure going to add a new level of emotions to the roller-coaster ride of the gharwale.

All contestants are ordered to ‘Freeze’ and the first one to enter is Puneesh’s father. He goes around the ‘frozen’ contestants with a personalized message for each one. Upon ‘Release’ Puneesh is overwhelmed to his father and holds him in a tight embrace; soon they say goodbye as Bigg Boss asks Puneesh’s father to exit the house. As the daily chores go on, the next one to enter the house is Arshi Khan’s father. He tells her that she should try a new haircut just before engaging in a heart to heart conversation. Soon, as the contestants are asked to be statues again, they are given a surprise by Mother of the house, Shilpa Shinde’s mother. Soft spoken and cheerful, Shilpa’s mother requests everyone to not abuse the word ‘Ma.’ A visibly emotional Shilpa is unable to control her tears and upon release, hugs her mother and takes her around the house.

While most are happy with their surprise, Priyank is in for a shock as his close friend Divya Agarwal pays him a visit. Upset over their failed relationship, Divya gives Priyank a earful, and advices him to play the game alone and not get influenced by his peers in the house. Ending the day on a high note, Vikas’s mother enters the house and Mother and Son share an emotional moment. She hugs Shilpa and Priyank and shares some pearls of wisdom with Vikas on how to play the game.

Who else will enter the house and what message to they have for their loved ones?