Checkout how time changed but Hina Khan is still the same! 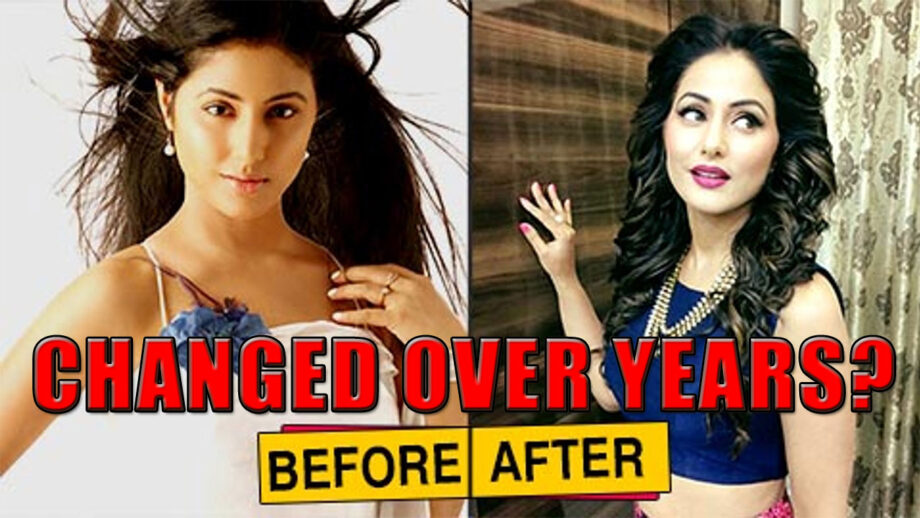 There comes a moment in everyone’s life where we get what we deserve. The struggle was real at the start but when you reach the end and take a look back, all we see is our beautiful memories and years of hard work. Well, this thing is applicable for our Bigg Boss fame Hina Khan as with time, looking at her profession we can say that she has definitely changed a lot.

Hina Khan, the name has been in the industry for over a decade now, right? She started her career back in 2009, where she bagged the role of Akshara Maheshwari in Yeh Rishta Kya Kehlata Hai, the show went on to become one of the most loving and popular drama serials in the minds of every Indian. Hina Khan’s acting accolades were appreciated. After 8 years, Hina Khan quit the show.

Later, we saw her in Colors TV’s Fear Factor: Khatron Ke Khiladi 8 where she gave a good fight to contestants. She emerged as the first runner-up. Later, on 30 September 2017, Hina Khan started her footsteps in Bigg Boss 11 and that changed her career. She came across various fights and controversies but, in the end, she stood as the runner-up to the winner, Shilpa Shinde.

We also saw Hina Khan as Komolika in Kasautii Zindagii Kay. There too she made her fans go gaga over her style and unique dress sense. Later, she appeared in various music albums and kept her balance over fans. But the real thing came back this year when she debuted in Bollywood with the film Hacked opposite Rohan Shah.

And many more short films and music albums to Hina Khan’s name. Now if any woman can go through this long career playing different roles, we do expect her to change with time, don’t we?

Also Read: This is what Hina Khan is missing most about Bigg Boss 14