Fate seems to be favoring the commoner’s as the 4 nominated contestants for eviction this week are all celebrities. At last there is a sigh of relief for the commoners, regardless of the fact that it’s only for a week. Moving forward, the first day of the luxury budget task was supposed to be a light-hearted task but things get out of hand when the gharwale bring in their personal grudges against each other during the task.

The Bigg Boss house has been converted to a court room with Captain Bandagi and Sapna as the two judges of the courtroom. Contestants have to assume that Arshi and Hiten are a married couple who are getting divorced. Furthermore, the contestants are divided into two families: One is Hiten’s family and the other is Arshi’s family. Hina and Vikas are the two lawyers fighting against each other in the court room for their respective families.

Multiple sessions are held in the court room throughout the day, the families have to come up with an allegation against the opposite family in every session with respect to Hiten and Arshi’s divorce. Both the judges will give the final word with mutual consent as to which family’s allegation is valid considering all the witnesses and points presented by the respective family’s lawyer.

As the session progresses, Arshi could not stop shedding tears when Hiten’s family raises a doubt on her character and her dressing sense. She takes this very personally and revolts back at Hina and Priyank for calling her a characterless woman only for the sake of the task. Later during the session, Arshi brings up Sabyasachi and Priyank’s alleged relationship in the house and claims to have heard something cooking between them. This statement of Arshi makes Priyank lose his temper, he yells at Arshi, and Vikas for supporting her which leads to a major fight between them.

HOW WILL BOTH THE FAMILYS’ TACKLE THE ALLEGATIONS IMPOSED ON THEM? 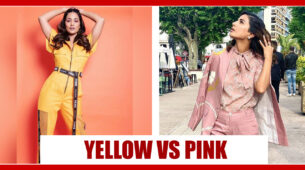