Producer Saurabh Tewari’s recent hints are suggestive of the fact that his two iconic and popular shows Madhubala and Rangrasiya might come back.

While Madhubala is known for the amazing screen pairing of Vivian Dsena and Drashti Dhami, Rangrasiya had Ashish Sharma and Sanaya Irani as the lead actors.

The shows touched the chords of viewers and had a really good run.

Recently, Saurabh Tewari posted a picture with Drashti Dhami his lead girl of Madhubala. The two of them met after a long time, and Saurabh had mentioned that it was always fun catching up with Drashti.

And today, Saurabh Tewari has shared a throwback picture of Sanaya and him from the Rangrasiya days. But what caught our attention was his post which read “From the memory…. But memories will be relived soon….”. Saurabh has tagged Sanaya too for the post to which Sanaya has crossed her fingers.

From the memory… but memories will be relived soon… @sanayairani

Well, is something really cooking here?

We at IWMBuzz.com did an internal check and found out that Producer and Political Analyst Saurabh Tewari is indeed in deep discussions for the return of both of his iconic shows Madhubala and Rangrasiya.

Yes, we hear that though the discussions are on an initial phase, talks are surely on with the lead actors Sanaya Irani and Drashti Dhami being well aware of such a possibility.

Indian Television is presently seeing a trend of the cult shows coming back with new seasons. The recently example is the medical saga, Sanjivani which is being brought back on the TV screens. Sanjivani 2 is produced by Alchemy Films and will soon beam on Star Plus.

We buzzed Producer Saurabh Tewari but could not get through to him.

We reached out to the actors Sanaya Irani and Drashti Dhami but could not get revert.

Do you want to see Madhubala and Rangrasiya back on screens? Do you want the shows to return with the same original lead cast? 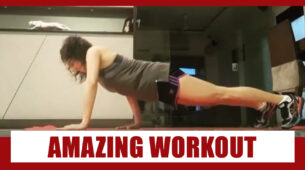 Drashti Dhami’s latest workout video is all about motivation