If the buzz is to be believed, Anup Jalota’s eviction will happen soon, that is before a particular date. Read here for details. 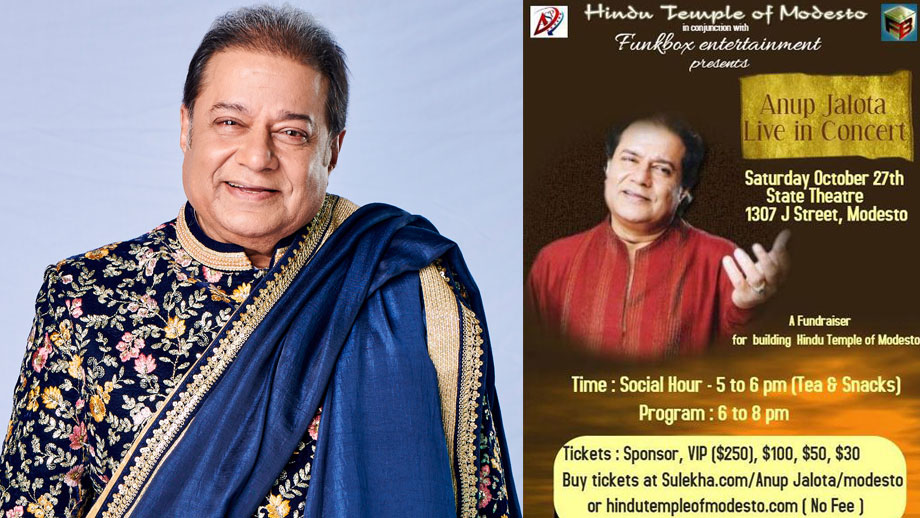 Veteran singer Anup Jalota who is in the news since he has been inside the Bigg Boss house can easily be called as one of the strongest contestants in the game right now.

You readers would be surprised if we tell you that Anup Jalota, the contestant who managed to make headlines along with his rumoured girlfriend Jasleen Matharu, is already aware about his eviction timing from Bigg Boss house. Yes, this is what few sources claim as of now!!

A recent advertisement on Facebook says that Anup Jalota will be performing at a fundraiser in California on 27 October. The ad was posted before Anup went inside the house.

Well, nothing is confirmed and we yet don’t know whether to believe that the show in Modesto is still taking place, but this picture suggests that even as we write this piece of news, the word of mouth about the show is still on, and Jalota’s fans in USA are waiting to see their singer singing live.

Well, only time will tell whether Jalota indeed will get out of the house before the specified date to perform LIVE.

We are indeed watching for more facts!!