Sakett Saawhney, Chloe with the support coming from Ashoke Pandit and FWICE team have taken up a big cause off raising money for the daily wagers of the industry. Check here. The Global Coronavirus outbreak has taken Indians by storm as it has forced people to stay indoors, not think of work and only wait for a better future once the threat dies down.

This has left many people living on their daily wages jobless and moneyless, and this situation came all of a sudden and nobody was prepared to face such a situation.

Now with the entertainment industry too being forced to call-off shoots of films, TV shows etc, the innumerable people working in the industry are left with no option but to sit at home.

With a sincere and earnest effort to open up new avenues that will help funding for the daily wagers in the industry, Producer Sakett Saawhney and Creative Director Chloe Ferns have joined hands to come up with a video that includes the participation of as many as 60 actors and technicians from the fraternity, requesting people to save their two homes, their real family as well as the family at their workplace which involves many people from the crew. Ashoke Pandit and Team FWICE support the cause taken up by Sakett and Chloe.

Says Srividya Rajesh, Co founder and Associate Editor at IWMBuzz, “I have known Sakett for many years now and when we discussed about the initiative, we, at IWMBuzz, whole heartedly decided to support it. We care for the industry. We request people to support the initiative in this difficult times.”

The idea is to appeal to the fraternity to donate generously to the people who have been with us at our workplace so that we give them a better tomorrow.

Please do the needful and help the industry to hold on to these tough times and look forward to the dawn that’s to come soon!! We at IWMBuzz.com support this huge initiative of FWICE and will do everything to make this cause a success!! 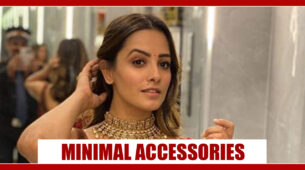 Nehha Pendse, Saumya Tandon Or Anita Hassanandani: Which Diva Had The Sexiest Looks in Floral Sarees?