CRPF jawans with their IG Mr. Rajkumar on The Kapil Sharma Show this weekend along with Bollywood actors - Akshay Kumar and Parineeti Chopra 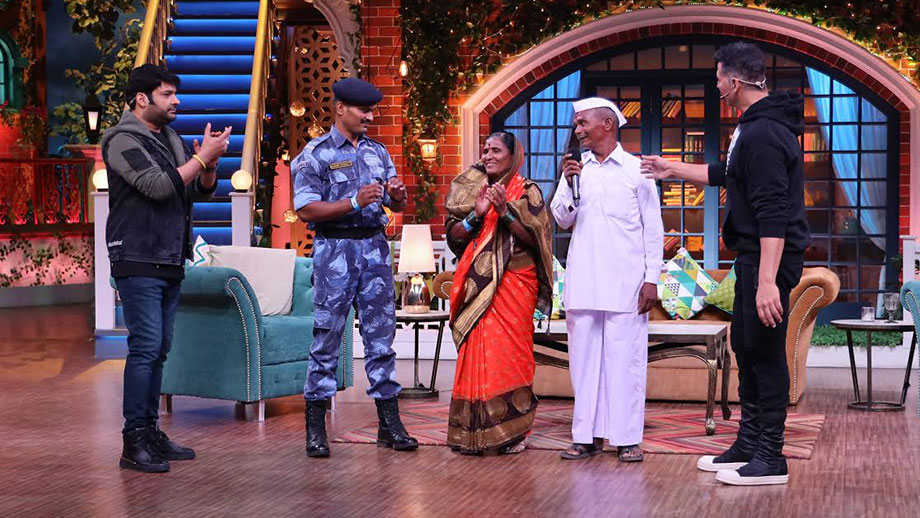 Kapil Sharma, who has brought back laughter weekends will be seen hosting CRPF jawans with their IG Mr. Rajkumar on his show this weekend along with Bollywood actors – Akshay Kumar and Parineeti Chopra.

Kapil Sharma humbly welcomed the soldiers on his show and spent some quality time listening to their stories and in return making them laugh. Kapil ensured he brought to the forefront some hidden talents of our soldiers who are doing so much for our country. Some sang, some danced and some did some rib-tickling mimicry by singing a song sung by Lata Mangeshkar in Kumar and Mohammad Rafi style which has the audience in splits. It was a visual treat to watch the informal side of the young jawans.

Akshay Kumar, is known to have contributed a lot for the Indian Army greeted the jawans and their families and saluted their bravery. He also mentions that everytime one sees a jawan, their hand should automatically go up to salute them. During the conversation, when Akshay asked about the toughest posting a soldier can ever have, to which a jawan replied saying Siachen. Akshay impromptu promises that “Kapil, we will go to Siachen and spend some time with the soldiers there and make them laugh. Atleast, we can try and ease some tensions for them.”

It was quite an experience to see Kapil interacting with the CRPF jawans and bringing out their comical side along with Akshay Kumar and Parineeti Chopra.

Watch CRPF jawans show their talents on The Kapil Sharma Show this weekend at 9:30 pm only on Sony Entertainment Television.