Karan Singh Grover had returned to Kasauti Zindagi Kay in March. And before he could shoot for his show the lockdown was announced.

Later, the actor decided to quit the show which left the makers looking for another actor to play the part.

Earlier, names like Gaurav Chopra and Sharad Kelkar were being speculated as probable Mr Bajaj, but Karan Patel bagged the deal, as per media reports.

The show stars Parth Samthaan and Erica Fernandes in lead roles as Anurag and Prerna.

Are you excited to see Karan as Mr.Bajaj in Kasautii Zindagi Kay? Comment below and let us know! 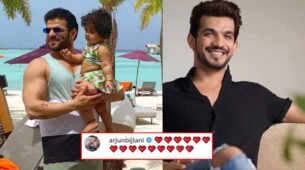