Kasautii Zindagii Kay the popular Star Plus show will see the entry of Mr. Bajaj soon and we hear of actors Iqbal, Eijaz, Samir and Hiten being in the reckoning. 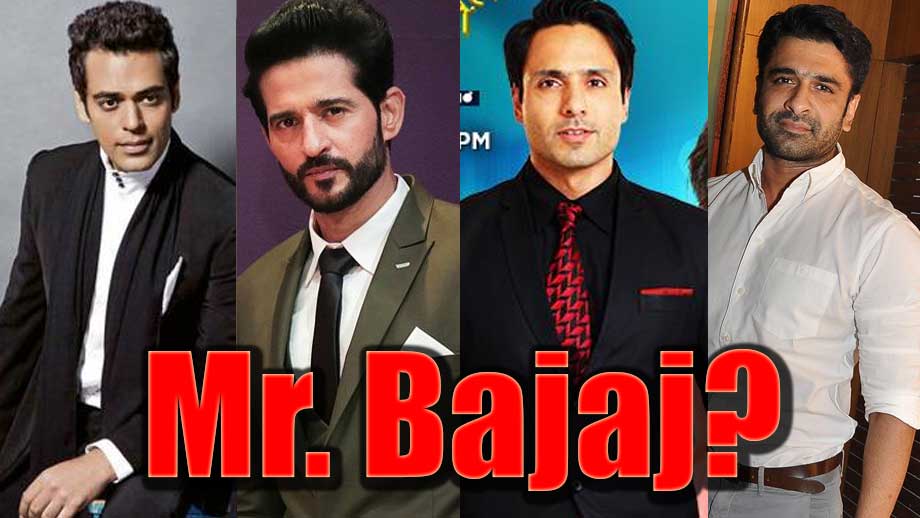 Kasautii Zindagii Kay the popular Star Plus show produced by Balaji Telefilms will soon introduce the character of the mighty Mr. Bajaj!!

Mr. Bajaj the character which was played to perfection by actor Ronit Roy in the original version of the show is an iconic role no doubt.

Ekta Kapoor on social media recently wrote about getting all her characters right in the show and promised one and all that she will get the right actor in the role of Mr. Bajaj very soon.

So who are the actors we are looking at to play Mr. Bajaj?

Our inside source reveals that actors Iqbal Khan, Eijaz Khan, Samir Kochhar and Hiten Tejwani are the actors who have been hand-picked as shortlisted by the production house.

Wow!! This seems to be an interesting lineup of actors, must say!!

Iqbal Khan certainly has the age, physique and maturity to play the very popular character of Mr. Bajaj!!

As for Eijaz Khan, he is again a mature looking actor, very capable of playing the middle-aged character of Mr. Bajaj.

Hiten Tejwani has also been around and has played many elderly looking roles till now.

Samir Kochhar’s name is quite interesting. Having said this, the man has the stature and acting prowess to carry out this powerful role.

Kasautii Zindagii Kay in its second edition has been doing really well with actors Parth Samthaan and Erica Fernandes being loved by one and all as Anurag Basu and Prerna.

Hina Khan as Komolika has also struck the right chord with the masses.

How will the casting of Mr. Bajaj favour the show?

We have heard of these four actors being considered for the mighty role. However, our fingers are crossed and may the best actor get to play the new Mr. Bajaj…

We buzzed Producer Ekta Kapoor but did not get through for comment.