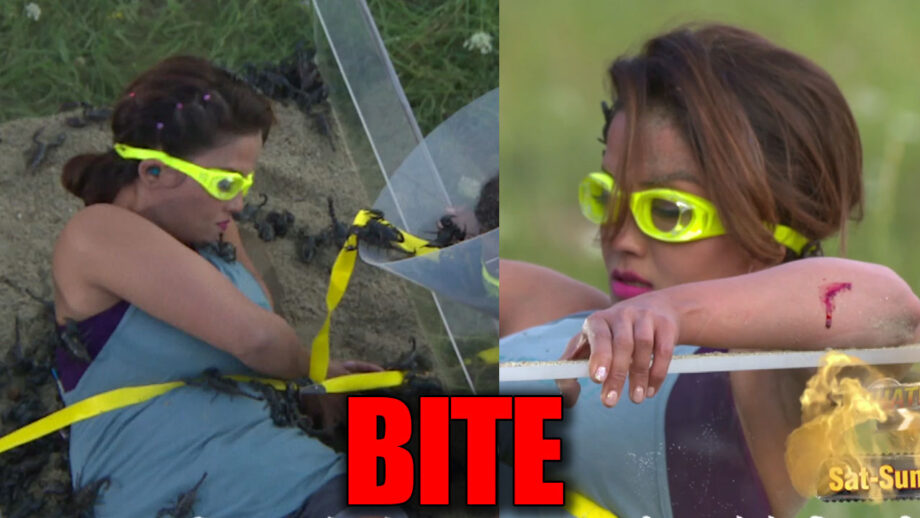 The stunt-based reality show Khatron Ke Khiladi 10 on Colors has managed to win the hearts of the viewers with its entertaining episodes.

Tonight, Adaa Khan along with Dharmesh will perform a task wherein she would be trapped in a cubicle. Scorpions will be poured on her. She would have to collect those scorpions and pass on to Dharmesh and he would put them in a container.

However, while performing the task, a scorpion will bite Adaa. The girl would be in pain.