One man’s loss is other’s gain. And the case in scenario is Colors’ recent ambitious launch Chandrakanta, in association with Ekta Kapoor’s Balaji Telefilms.

The fantasy saga is in news for its impactful content and is set to make headlines for its on set movements as well.

Remember Amit Sinha, the actor finalised to play the coveted character of Kroor Singh in the above show, a news exclusively reported by IndianWikiMedia, has hit a roadblock.

As per info shared by sources, Amit, though a method performer, after shooting for a couple of episodes, did not match the character contours of Kroor Singh, leading to a discussion and the ultimate decision of his replacement.

“Amit is out, and he has been replaced by Punit Talreja, who has began shooting for the fictional extravaganza,” further adds a source.

Incidentally, Punit will reunite with Urvashi Dholakia (also part of the show) in Chandrakanta after their Badi Dooooor stint.

We made attempts to solicit comments from Amit and Punit, but the two remained unavailable till the time of putting the article to bed.

IndianWikiMedia will soon come up with more info on the update. Keep logged on. 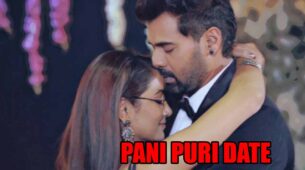