Tenali Rama will see the entry of Krutika Desai. Krutika Desai who was part of the cast of Baalveer Returns will soon enter the Sony SAB show Tenali Rama.

She will play the role of Devi Maa.

As per a reliable source, “The entry will bring in new drama as the motive of Radha will be to seek revenge from Tenali Rama (Krishna Bharadwaj).”

Krutika is also shooting for the Gujarati film Prem Anubandh.

We buzzed Krutika and she confirmed the news to IWMBuzz.com 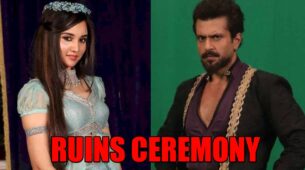