As the padosis bid farewell to the Bigg Boss 11 house, the gharwale find themselves recharged and pumped up for the last few weeks ahead. With the year coming to an end, Bigg Boss assigns a secret task to Vikas Gupta that can earn the contestants a Christmas and New Year’s party.

Being cut off from the outside world, the contestants have no access to personal technology. Today, Vikas receives a mobile phone through which Bigg Boss communicates with him directly and assigns him different tasks without the knowledge of the remaining contestants.

Meantime, gharwale debate and discuss about who should be the one going to the dreaded kaalkothari this time. Task 1 of this Khufiya mission is for Vikas to protect Akash from going to the jail yet again. Vikas brings his A-Game as he stands strong in Akash’s defense. Vikas tries to take Priyank, Puneesh and Luv into confidence but ends up getting into an intense argument with Puneesh. Puneesh goes on to say that Vikas is just pretending to be a Hero by saving Akash.

The next task for the mastermind is where he has to lay blame on any one of the contestants for stealing things in the Bigg Boss house. Emptying his own coffee powder bottle, he plays the victim card in front of the contestants and patiently waits for the right time to trap Akash in this blame-game. Falling for Vikas’ ploys, gharwale blame Akash and go against him; as Akash tries his best to save himself from his allegation.

Will Vikas be able to win this khufiya mission and will the gharwale finally be able to enjoy a party? 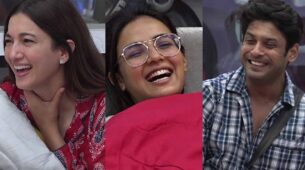