The story will finally proceed to the next generation and will traverse the journey of Harman’s kinnar child Heer (Sumaiyya Khan) and her life.

Well, reports suggest that Thapki Pyaar Ki fame Jigyasa Singh has been locked to play the role of Heer.

News coming in is that popular actor Meherzan Mazda who played the lead in Dhai Kilo Prem the Sandiip Sikcand show on Star Plus has been roped in to play a crucial role.

Meherzan was last seen in Dastaan-E- Mohabbat: Salim Anarkali. On the web front, he has recently done Kaisi Yeh Yaariaan 3, Broken but Beautiful.

As per a reliable source, “Meherzan will play the role of Rohan, the younger brother of Heer.”

We buzzed Meherzan and he said, “Nothing is confirmed right now. I am in talks for this as well as another project. So there’s no certainty at the moment.” 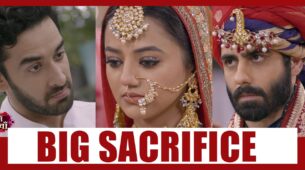