The #MeToo movement is now becoming a flood, with more and more women coming out with their stories of sexual harassment. The latest entrant is south film and Hindi TV actor, Sameksha, currently doing Sony historical show Porus (Olivia, Alexander’s mother). Sameksha has accused singer and music director, Abhijeet Bhattacharya, of molestation and harassment during the shooting of a music video, Kahin Door Jab Din Dhal Jaaye, back in 2004.

“I was starting out back then, and when this offer came along, I said yes, thinking that it would help my career. Before the shoot, I had dinner meeting with Abhijeet along with his wife, and he was very sweet. But I saw his true colours at our Karjat shoot. He tried to touch me at all the wrong places, as discreetly as possible, suggesting that I need to lose weight. I was shocked seeing this behaviour despite him being a married man.”

She continued: “When the first day shoot wrapped up, a drunk Abhijeet insisted on talking to me in my room. In the morning, I had been happy when he gave me his adjacent room, thinking that he was simply looking out for me. But after all that happened on the floor, I was very scared of what might happen if I let him into my room. So I insisted that we talk outside. He then started getting abusive; I somehow pushed him back, got into my room and locked the door.”

“But my horror did not end there, for he kept banging on the door, using unmentionable vile words. He also threatened me that my refusal will cost me my career, also adding that it was his songs that had made ShahRukh Khan who he is. Throughout this ordeal, I kept begging him to let me go.”

When the first day shoot wrapped up, a drunk Abhijeet insisted on talking to me in my room.I insisted that we talk outside. He then started getting abusive; I somehow pushed him back, got into my room and locked the door. He kept banging on the door, using unmentionable vile words. Throughout this ordeal, I kept begging him to let me go

“It was one horrible night, which I spent crying. The next morning I took the first flight to Delhi and told all this to the makers. The video eventually released with me being in only half of it. Some other girl completed the shoot, as seen in the video. Since some people had seen me distraught while leaving, Abhijeet turned the blame on me saying that he had to fire me as I could not act, and hence I had broken into tears.”

Sameksha mentions that the incident left her shattered.

“This incident pushed me into a shell for a few months; being middle class, I was not sure if I would continue. But later I became strong, and got back into the ring, understanding that not all men are bad.” She went on to do 15 south films. “I was also a part of Nikhil Advani’s Bandi Yuddh Ke.”

“Such bastards need to be taught a lesson for thinking all actresses to be prostitutes. Sadly, most of the casting coordinators also double up as pimps. Many actresses also become virtual hookers, succumbing to the glamour; but not me.”

What made you speak out now? “Well, his recent tweet that only fat women complain, along with the incident where he allegedly harassed a Kolkata girl, made me relive the entire agony mentally. I then decided to come out and expose him, in the hope that other girls don’t end up suffering like me. Sad part is that he is so shameless, that he does not even realize its impact on his wife and kid, forget us victims.”

We reached out to Abhijeet to seek his comment on the story, but he chose not to revert till the time of filing the article.

Anytime he gives any comment, we will update the space in a jiffy.

What do you think on the development? Share your views in the comment box below or tagging us on our social media handles. 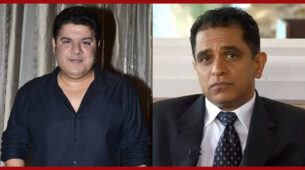 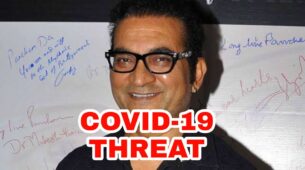 I feel I am an even better singer now - Abhijeet Bhattacharya