Who is the best naagin? 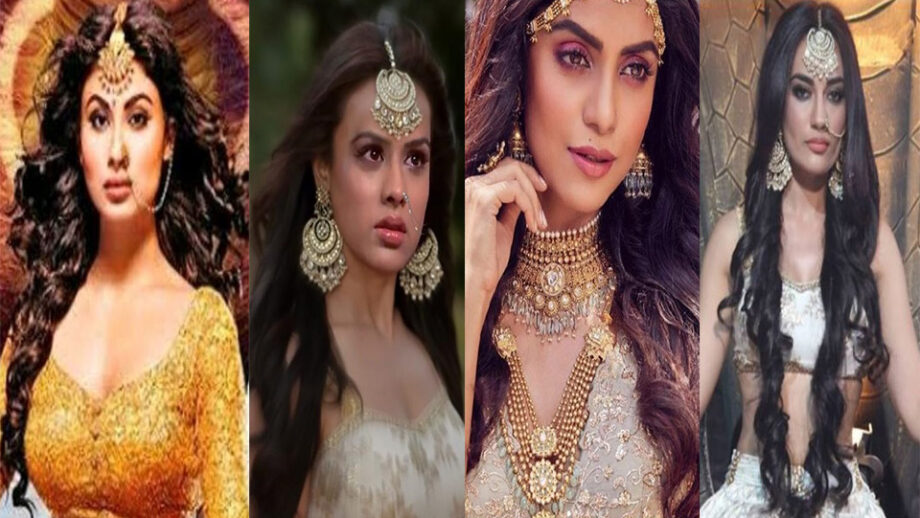 A snake is a very powerful and dangerous animal, but something more dangerous and powerful than a snake is a girl in a snake avatar. Portraying the Icchadhari naagin (a female snake who can take the form of anything according to her wishes) is becoming a popular trend of many TV series.

Mouni Roy – The beautiful face of the TV industry, played the role of Shivanya opposite Arjun Bijlani. Their chemistry on-screen was fire and the romance created was treat to their fans. Mouni became popular as Naagin avatar and her fans requested to keep her for the 2nd and 3rd installments. Her looks and act took Naagin serial to next level.

Surbhi Jyoti – Surbhi played the character of Bela a shape-shifting snake. The actress was loved for her role and was accepted by fans even though the first two seasons had Mouni Roy playing the Naagin. She already looks very beautiful but in those traditional clothes in Naagin, she killed the look with her outfits.

Sayantani Ghosh – Well, the ongoing new season of Naagin titled as Naagin – Bhagya Ka Zehreela Khel has Sayantani Ghosh playing a pivotal role. She is the main pillar and catalyst to the revenge story. As Maanyata, she is simply wonderful and her revenge saga has indeed put the audience on hook.

Nia Sharma – The fresh icon, none other than our favorite style queen, Nia Sharma is an Indian Television actress. She is taking the hotness level to the next end with her sizzling and bold looks in Naagin – Bhagya Ka Zehreela Khel. As Brinda, her Naagin avatar has just been revealed and we await to see her perform with ease in the trend-setting role. Even though she is a new girl in the scenario, the way she is acting makes her one of the best Naagins of all time.