The famous and popular teen show, Splitsvilla, premiered its latest episode last Friday. The episode was the most viewed episode of this season as this episode was spicier than ever.

The episode witnessed rivalry, twists and feud. It started off with a task between Alfez, Aradhana and Piyush Priyamvada. Whoever wins the task, will fight against the Chosen Ones – Ashish and Miesha for the place of Chosen Ones.

The remaining contestants witnessed a neck to neck fight between Piyush and Alfez. There was a time where Piyush had taken a massive lead, making the audiences believe that he will win. But unfortunately, he lost to Alfez. Alfez and Aradhana had won and were going to compete next against Ashish and Miesha.

The next task between Alfez and Ashish, where Piyush supported the former and Loka supported the latter, started off with a bang. Alfez got injured and broke a part of his tooth. When he began to quit, Aradhana supported him and asked him to at least fight.

After losing 3 rounds, Piyush came in as replacement for Alfez; Piyush and Ashish literally fought, hitting on the faces, falling on the ground, leaving Piyush injured. Alfez started to cry for him. Even Sunny Leone said that this was getting ridiculous. Ashish had to win just 1 point to retain the title of Chosen Ones. Piyush, after committing a foul, gave away that point to Loka which eventually made Ashish and Miesha win the task.

The episode will also see Rannvijay and Sunny Leone challenging to the chosen ones – Alfez & Aradhana, Miesha & Ashish. Miesha & Ashish will prove their compatibility, yet again, in the villa by winning the ‘Love dangal’ task against Alfez & Aradhana.  Don’t miss out on the conspiracies and game plans by the contestants to vote the fellow mates out in the dome session.

In the dome session, Rannvijay asks each Splitsvillian  to write the name of the person whom they think can be their ideal match. The revelations will leave the hosts as well as the current ideal matches in shock. Amidst this drama, Aahana gets into loggerheads with Bhavya. The Splitsvillians are surprised to see trouble in the paradise of two couples- Hridya-Uday and Jinal-Shrey. Will the audience get to see them back together or will they develop a new connection?

Well, that was one hell of an episode. The next episode shows that 2 contestants are going to be dumped. OMG! Who are they going to be? And also, the oracle wants to send a message for the first time in this season. Guess we have a wild card entry! It’s none other than Bhavin Bhanushali.

The game is going to be just more interesting with Bhavin coming. We just can’t wait for Friday. 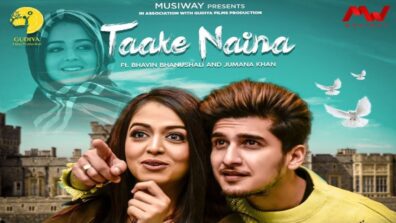 Sunny Leone or Ranvijay Singh: Who is the best host of Splitsvilla12