Anupama the Rajan Shahi show on Star Plus which will replace Kahaan Hum Kahaan Tum has been hitting headlines!!

With a stellar cast that includes actors Rupali Ganguly, Sudhanshu Pandey and Paras Kalnawat joining the cast, the show will see the return of Haseena Parkar fame actress Muskan Bamne playing a crucial role in the show.

Muskan who essayed one of the leads in Sony SAB’s Super Sisters will stage a comeback to TV with this show. This news comes after we wrote earlier in the day about Paras Kalnawat being part of the show.

As per a reliable source, “She will play the daughter of the central mother character, to be played by Rupali. Paras and Muskan will be siblings in the show.”

We buzzed Muskan but did not get revert from her. 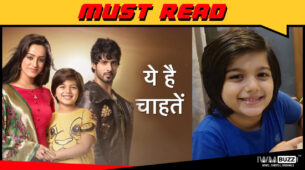