Nasir Khan to make a special appearance in Santoshi Maa. 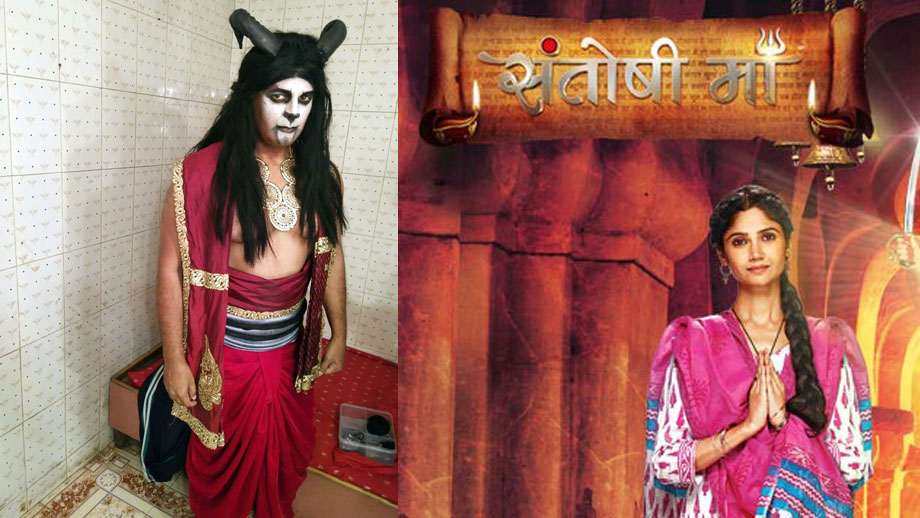 &TV’s popular mythological show, Santoshi Maa has kept viewers glued to their seats with plenty twists and turns. In a nail biting turn of events, a new character is set to enter the show. One of the most prominent faces of the 90s, Nasir Khan is making a special appearance in Santoshi Maa. The versatile actor who is known for essaying unique characters has taken up another task – he will be seen as Kumbhak – an avatar of half animal and half human. Nasir has invested a lot of time working on the look of his character and the result is for all too see…

The talented actor said, “I had to put a lot of makeup to look like Mahadev’s devotee Kumbhak who is half animal and half human. It takes almost 1 hour for me to get into the look. I hope that viewers will like me in this new avatar.” Speaking about the show, he said “My role as Kumbhak on Santoshi maa will be short yet very prominent. I will help bring Santoshi (Ratan Rajput) and Dhairya (Ayaz Ahmed) closer. Currently, the story is going through lots of twists and turns and it is going to be really exciting for the audience to watch it. I am going to act as a messenger for Santoshi Maa (Gracy Singh) to figure out about this invisible world in which Dhairya is currently stuck.”

In an upcoming track, audiences will witness the drama unfold as Dhairya gets trapped in the mayajal, an invisible world created by Devi Paulomi. Worried for her husband Santoshi will start looking for him. To help her disciple Santoshi Maa will send Mahadev’s devotee, Kumbhak to the rescue.

To know, keep watching Santoshi Maa Monday to Friday 9 pm only on &TV