Nikki Sharma who essayed the role of Himani, in the Colors’ show Roop has quit the show. Read exclusive news here. Nikki Sharma who has had an eventful stint in Colors’ Roop – Mard Ka Naya Swaroop (Rashmi Sharma Productions) has quit the show and is looking for greener pastures. She was earlier seen in Sasural Simar Ka.

Nikki who played the role of Himani, the sister of Roop who aspired to become a police officer, only to be ridiculed by her father in the show, has apparently put down her papers, and has finished serving her notice period.

Nikki who recently shot for the Applause Entertainment series, Mind The Malhotras will look for interesting and challenging work and is open to the TV and web mediums.

Says Nikki, “Yes, I have left Roop as of now. They had not been using my dates, but nothing really materialized. There was no scope for the character. I started feeling like I was being used as just a prop. I was earlier working with the production, where I played a strong character in Sasural Simar Ka. So this came as a disappointment. I gave my notice and finished my notice period in the first week of January 2019.”

Wish you all the best, Nikki!! 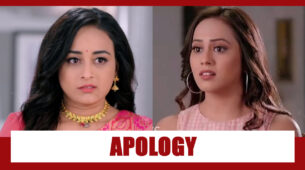