Chef Vikas Khanna to be seen in Patiala Babes Michelin starred chef Vikas Khanna recently made his apprearance on the sets during his search of different flavors of India and lands in a Baisakhi carnival in Patiala. Mini aka Ashnoor Kaur convinced her babes Babita aka Paridhi Sharma to participate in the competition judged by Vikas Khanna.

While Babita was nervous and excited at the same time to be a part of this competition, she ends up winning it. She puts all her efforts and applies tricks shared by her mother and grandmother and makes

extremely delicious aloo tikkis. No other dish in the competition could stand against those tikkis and Babita takes home the winning credits.

Babita also lands herself an opportunity to host Chef Vikas Khanna at her home. 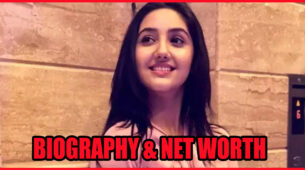