Nakkash the film will unveil its first look in Cannes. Nakkash, is all set to launch its first look at the India Pavilion at the prestigious Cannes Film Festival this year.The makers and the team of the film are very happy and excited on becoming a part of the world’s most prestigious film festival.

The film is produced by actor/producer Pawan Tiwari’s JALSA Pictures & writer/director Zaigham Imam’s AB Infosoft Creation. The duo as a team has already given 2 critically acclaimed films in the past like ‘Dozakh in search of Heaven’ & ‘Alif’.

Nakkash is written/directed by Zaigham Imam; the film is also co-produced by Govind Goel/Ashutosh Sharma of Padmaja Productions. 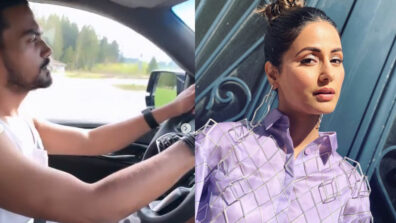 Beau Rocky takes Hina Khan for a drive in Switzerland