Rohit Shetty’s ‘Simmba’, the most-recent blockbuster of his sensational supercop brand, has been transformed into an animated series for young fans. The Bollywood-inspired POGO original production ‘Smashing Simmba’, premieres on Saturday, 14 November at 1pm on the leading homegrown kids’ entertainment channel. The show will be aired every day at 1pm. The series is produced by Rohit Shetty Picturez in association with Reliance Animation, a part of Reliance Entertainment.

‘Smashing Simmba’ follows the hilarious cavorts of the quick-witted, mischievous, and fearless teenager, Simmba, who aspires to be a police officer. A fun-loving prankster with endless tricks up his sleeve, Simmba spends the better part of his days nabbing villains and miscreants. Thick as thieves with his friends Ricky and Kittu Khabari, Simmba finds himself on exciting adventures which perfectly represent his catchphrase, ‘Mind is Blowing’.

Rarely perturbed by any situation or threat, swag is Simmba’s middle name. His tongue is his greatest weapon, spinning a web of words that confounds the bad guys. One final move – the infallible ‘Jumpy Chumpy’ – and the villains don’t stand a chance. The brave and supercool Simmba defeats the bad guys and leaves his mark – literally!

Rohit Shetty, the Ace Bollywood film director and producer, expressed, “An animation avatar of Simmba sounded exciting to me from the get-go, and it is amazing to see how the series has shaped up. The blend of comedy and nail-biting action, with young Simmba’s cool quotient, and funny traits, is sure to appeal to the young audience. I am eager for kids to experience the animated rendition of their favourite big-screen hero Simmba on POGO.”

Abhishek Dutta, South Asia Network Head for Cartoon Network and POGO, said, “Within the diverse genres of homegrown animation, Bollywood has emerged as a theme widely appreciated by young fans. When Indian cinema’s most popular characters are presented in animated universes with relatable stories, kids absolutely love it. We are excited to associate with industry stalwarts Rohit Shetty and Reliance Entertainment for this unique venture, and Diwali is the perfect time to celebrate this partnership.” 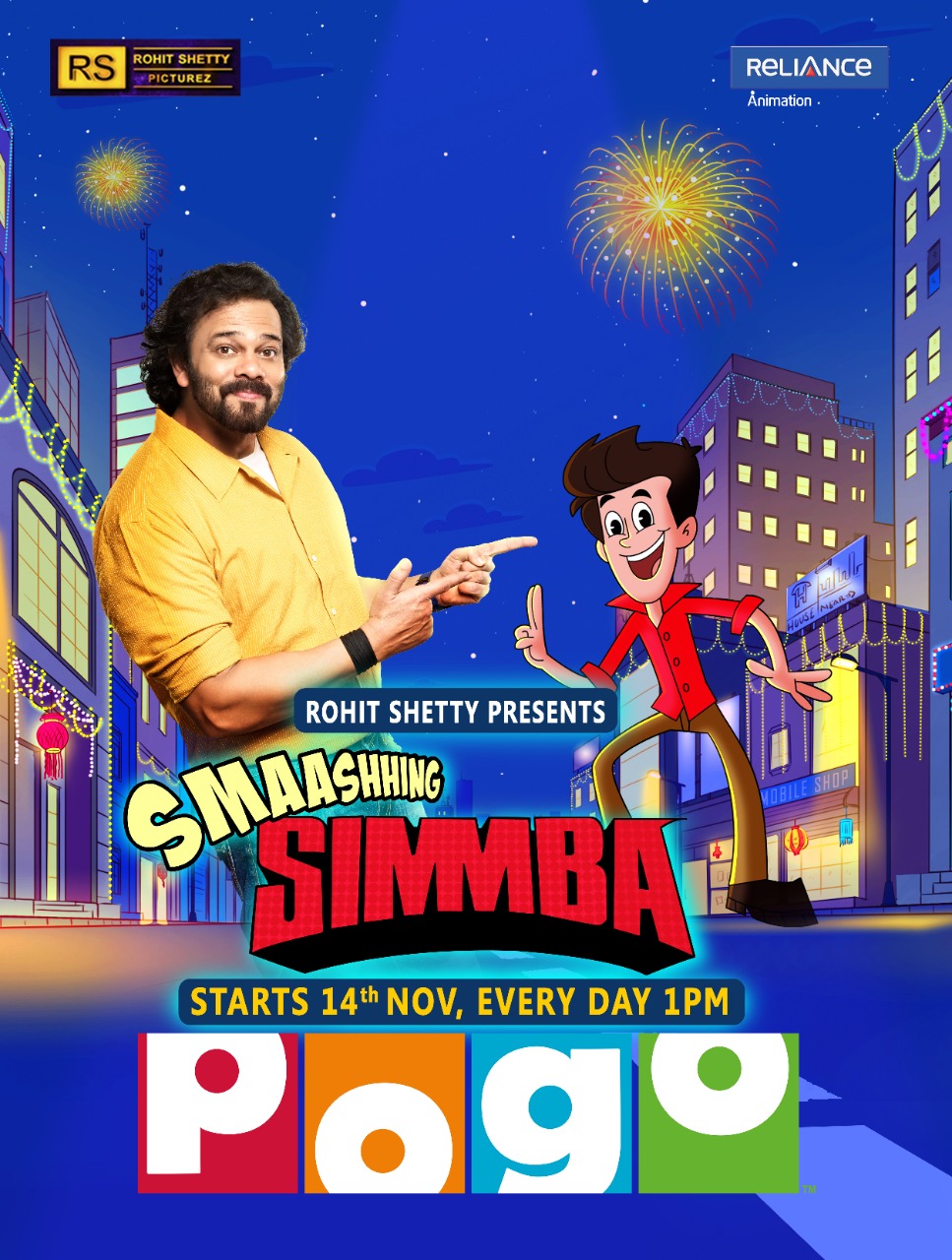 He added, “Following the recent launch of Titoo, POGO has been strengthening its offerings of popular and premium homegrown kids’ entertainment content. ‘Smashing Simmba’ is exactly the kind of locally-made and relatable show that will delight our young viewers. I’m sure kids will extend the same love to our new hero, Simmba, that they have for all our shows and characters over the years.”