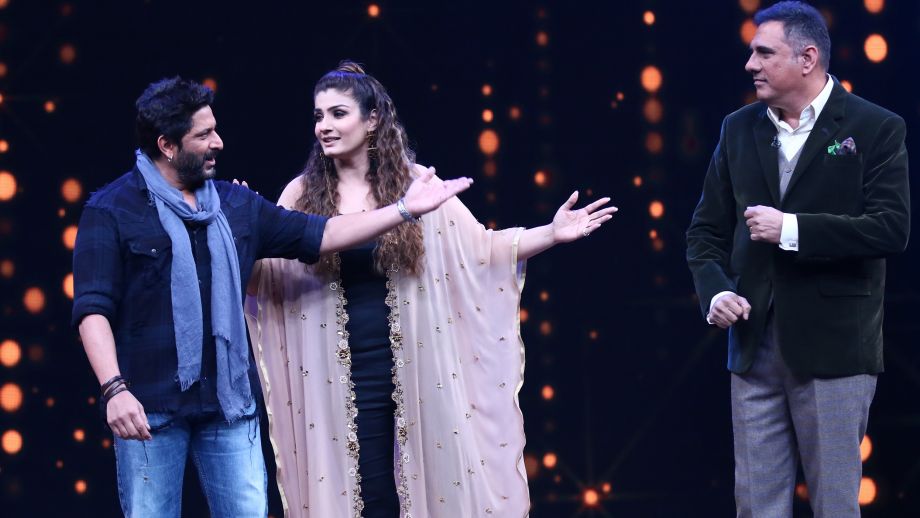 Sony Entertainment Television’s kids acting reality show Sabse Bada Kalakar is all set to take the television world by storm. The quality of talent that has been mined through nationwide auditions is already the talk of the town, with celebrity judges Boman Irani, Raveena Tandon and Arshad Warsi talking about the acting aptitude of the children which has been inspiring even for these stalwarts.

They say that you become a kid when surrounded by kids and that is exactly what happened on the sets of Sabse Bada Kalakar. All the judges who are known for their sense of humor were seen indulging in impromptu Shayari on the sets, the best part being that each and every one of them tried to outdo each other with their one liners. Every participant was welcomed on the stage with a personalized line of Shayari .

But it was Raveena Tandon from the trio who surprised everybody with her funny poetic lines. In fact both Arshad Warsi and Boman Irani were quite surprised with her ability to come up with such great one liners on the spot!

Do not miss Boman Irani, Raveena Tandon and Arshad Warsi entertain you only on Sony Entertainment Television’s Sabse Bada Kalakar!