Ravi Dubey and Rithvik Dhanjani to host the comedy show The Drama Company. The upcoming episode of Sony Entertainment Television’s The Drama Company will see Ravi Dubey and Rithvik Dhanjani host the comedy show in the presence of the cast of Golmaal Again; Rohit Shetty, Parineeti Chopra, Tabu, Arshad Warsi, Shreyas Talpade, Kunal Khemu and Mukesh Tiwari. The episode is going to be filled with ROFL moments when the duo will be seen as hilarious hosts trying to match up with the cast of the show and Golmaal Again. Rithvik Dhanjani who is also seen hosting Sony Entertainment Television’s new show Super Dancer Chapter 2 was all set to rock the stage with his on- screen brother Ravi Dubey.

Source from the set revealed, “The duo made the episode more vibrant with the dance they performed. The whole cast of Golmaal Again loved their presence on the stage and Mithun Chakraborty gave them a standing ovation for their performance.”

Watch the episode of The Drama Company every Saturday and Sunday, 9PM only on Sony Entertainment Television! 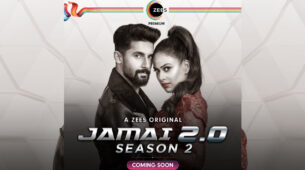 Genelia Dsouza, Anushka Sharma Or Parineeti Chopra: Who Has The Most Tempting Look In Black Bikini?