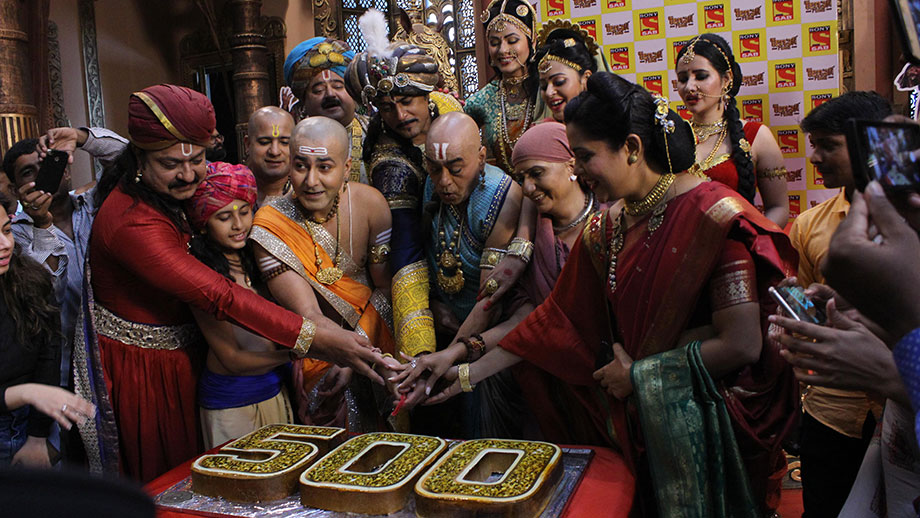 Keeping their commitment to happiness and laughter alive, Sony SAB’s ‘Tenali Rama’ has won the hearts of its viewers and has successfully touched the glorious mark of 500 episodes. The historical drama series has garnered immense recognition since its inception for bringing the legendary tale of Tenali Rama to life.The show is well acclaimed and loved by all age groups especially children who adore adventurous Tenali and his humour. Marking this joyous occasion, the entire team celebrated by interacting with the media and engaging in some fun activities with them.

Based on the fabled Telugu poet Tenali Rama, the show highlights how PanditRamakrishnan uses his wit and intelligence to solve even the trickiest of problems. The success and recognition of the show was also very well documented during their recent events in Ahmedabad and Indore for ‘Main Bhi Tenali Contest’ which garnered phenomenal response from their fans and viewers. The contest witnessed the participation of around 350 children with all of them dressed as their favorite character Tenali.

Krishna Bharadwaj, playing the titular role of Tenali Rama said, “We have all put immense dedication into our work and our characters and it feels great to have crossed the milestone of completing 500 episodes. The success of the show belongs to the brilliant work of the entire cast and crew who have made this show possible and have worked extremely to make a show which is entertaining for the viewers. It makes us happy to be able to celebrate this day with the media and our lovely audience.”

Expressing his happiness, Manav Gohil, who plays King Krishnadevaraya said,“We are extremely grateful to our lovely audience who has always been supportive and have appreciated our work. The journey so far would have been impossible without their support and love. I am delighted to be associated with a show like Tenali Rama which brings something for people of all age groups and I hope the show keeps doing great”

Continue showing your love and keep watching your favorite characters embark on exciting journeys only on Sony SAB’s Tenali Rama every Monday-Friday at 7:30 PM.