Star Plus’ supernatural thriller Qayamat Ki Raat produced by Balaji Telefilms will see huge twists and turns with the leap and reincarnation phase planned in the show.

We at IWMBuzz.com recently wrote about popular actress Madhurima Tuli entering the show as the new evil force in the post reincarnation phase.

As per a reliable source, “He has been brought in to play father to Karishma Tanna, who will be reborn.”

As we know, all in the present cast of Qayamat Ki Raat will be shown dead post which leads Vivek Dahiya and Karishma Tanna will be reborn to carry forward their love tale.

We buzzed Sagar but could not get through to him.

We reached out to Producer Ekta Kapoor and the channel spokesperson, but did not get revert. 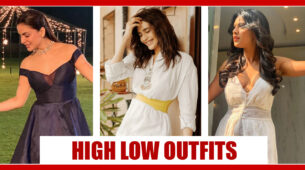