Dev, the drama thriller which occupied the weekend slot in its first season will be a daily in its second... Dev, the suspense drama thriller on Colors engaged audiences as a biweekly weekender show in its first season!! The show is produced by Nissar Parvez and Alind Srivastava’s Peninsula Pictures.

However, with the Season 2 being on the anvil, there will be a major change seen in its time slot and positioning.

Yes, as always, IndianWikiMedia.com will keep our loyal readers abreast with the change.

News coming in is that the Season 2 of Dev will not be a weekender show, but will be a DAILY on the channel.

Yes, loyal fans of the show will see its prime characters, Dev (Ashish Chaudhary), Mehak (Puja Banerjee) and Amod Narvekar (Amit Dolawat) on a daily basis this time around!!

Does this news make you happy?

A credible source tells us, “Dev has been a unique offering. It does not have only the episodic stories, but a well-etched and strong linear story too. The idea behind this change came from the thought that Dev will be a good format as a daily show.”

We buzzed Producer Nissar and Alind, but did not get through to them for a comment.

Though the time slot for Dev as part of the daily programming on the channel is not yet decided, work is certainly on to give it a nice look and feel in its new positioning.

Another major change in Season 2 will be Sumona Chakravarti’s absence, as reported earlier by us.

The show will go on floor very soon, and will most likely air sometime in February. 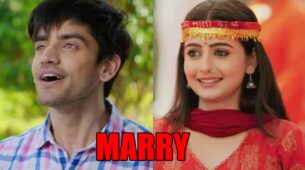