Sony Entertainment Television’s Peshwa Bajirao, is heading towards the leap. The maker (Sphereorigins) is now gearing up for Baji (Rudra Soni) and Kashi’s (Dipali Borkar) wedding. But before the wedding, the daily will see a change in cast.

We informed audience about Ashish Nayyar playing Kashibai’s father Krishna Joshi, who will be a rich patriotic money lender. Now, we have learnt that the actor is no longer part of the show.

As per a reliable source, “Shailesh Datar, who is known for his roles in Bharat Ka Veer Putra – Maharana Pratap, Chakravartin Ashoka Samrat, Brahmarakshas has stepped into Ashish’s shoes.”

The maker wanted an apt person to play the character and Ashish did not suit the role. Hence, Shailesh is brought on board as he fits the bill perfectly.

We buzzed Shailesh, but could not get through to him.

Gear up for more exclusive updates right here on Indianwikimedia.com 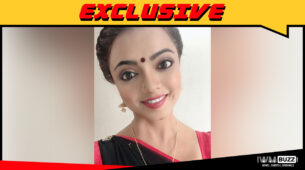