Shaleen Bhanot is undergoing training for his first Hollywood movie. Shaleen Bhanot who has been a powerful performer in TV, having donned challenging avatars over the years in Do Hanson Ka Jodaa, Sangam, Grihasti, Suryaputr Karn, Sher – E – Punjab: Maharaja Ranjit Singh is all set to step into Hollywood!!

Shaleen will be seen making his Hollywood debut in the movie ‘Bad Impulse’ is what we have got to know!!

And for this, Shaleen has been blessed with the opportunity of training with the best of Hollywood, to learn and unlearn acting!!

Shaleen Bhanot who has spent over 10 years in the industry in TV says, “Training under her is like going to a Gurukul. She has trained some of the best actors in Hollywood today and having her train me is an honor also she is a lovely human being.” 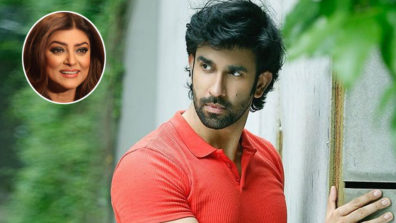 I had a couple of spooky experiences while shooting for Kaun Hai: Shaleen Bhanot If you are true to yourself and your soul, nothing bad will happen: Shaleen Bhanot