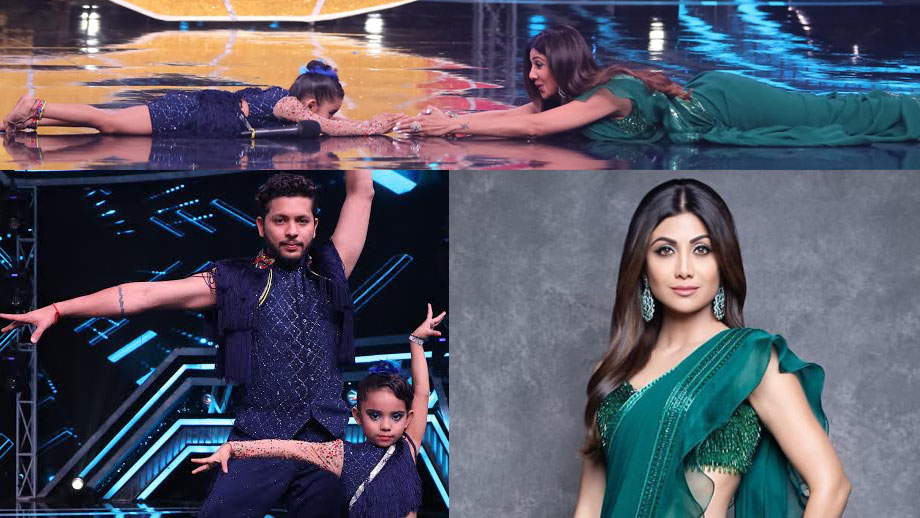 “Today I declare that I don’t know dancing”- expressed Shilpa Shetty Kundra after Kolkata girl Rupsa’s performance on Sony Entertainment Television’s popular kid’s dance reality show Super Dancer Chapter 3. The show never fails to get its audience hooked with its unique and exciting flavors of fun, dance, and entertainment. While the super talented contestants are working hard to make their mark and be the next ‘Dance ka Kal’, all of them are coming up with blockbuster performances every week.

The coming episode of the show will see the youngest contestant – 6-year-old Rupsa Batabyal from Kolkata and Guru Nishant perform on the popular song, ‘Jati Hoon Mein Jaldi Hein Kya’ sung by Kumar Sanu and Alka Yagnik. Rupsa and Nishant left the audience and the judges wonderstruck with their performance so much that it forced judge Shilpa Shetty Kundra to do a ‘Shahtang Dandawat Pranam’ to Rupsa. The dazzling moves and thumkas of little Rupsa made everyone reminisce Kajol’s moves in the original song of Bazzigar. The way she stepped into the shoes of Kajol was breathtaking.

Ultimately the credit for her phenomenal choreography and stylization goes to her mentor and dance guru Nishant. On contacting Nishant he confirms, “This is the first time in the history of entire Super Dancer that Shilpa Shetty Kundra has bowed down to someone. Rupsa truly dserves it. She is a magical girl with extraordinary talent. Initially we tried our hands at an Indian dance form style but eventually as the competition grew we experimented with different dance forms like Jazz and contemporary. Rupsa is so quick that she performed all the styles with utmost perfection. As the show is heading towards finale we are sparing more of our time in polishing her moves.”

A source from the sets confirms, “Rupsa’s performance made everyone on the sets recall their 90s era and the blooming romance. The performance was so good that everyone on sets was seen dancing. Anurag Dada, Geeta Kapoor, Shilpa Shetty Kundra, and Kumar Sanu got up even before the performance got over and gave a standing ovation. The judges addressed her as the ‘Chota packet, bada dhamaka’ who brings surprise element in all her dance performances.”

The show airs every weekend.