Shresth Kumar will soon be making his debut on the big screen. Shresth Kumar who essays the role of Chagan in Colors’ Udann is gearing up for his debut movie!!

The talented actor is prepping up to play a strong lead role that of a man in power in the movie set amidst the dark backdrop of mafia. The movie produced by Siddharth Nagar under the banner Sarthak Chitram will be shot in Delhi and Agra.

As per sources, “Shresth will play the role of a mafia guy in power, with a heart of gold. The role will require Shresth to show variations in character, and the actor is said to be presently working on his body and fitness to look apt for the role.”

When contacted, Shresth confirmed the news to Indianwikimedia.com saying, “Yes, I am happy to have bagged my first film break. It is a lead role with variations to show. I am excited for the shoot.”

The movie is titled ‘Dhappa’ and its muhurat shot happened recently, the pictures of which we have managed to gather. The best aspect in my character in Kaal Bhairav lies in its unpredictability: Shresth Kumar 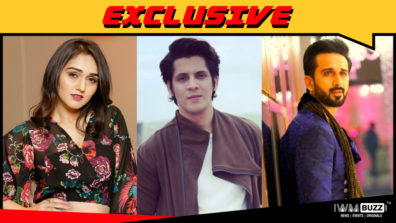