Some television shows command immense fan love and admiration, and one such serial isYeh Un Dinon Ki Baat Hai. The show, after a successful run on SONY TV went off the grid sometime back but much to the glee of its fan returned to screens in order to fil the content vacuum channels are facing (SONY in this case), owing to the lockdown.

The news of the return was all over media. However, after initial few airings, much to the chagrin of the fans, SONY TV has dropped Yeh Un Dinon Ki Baat Hai (deja vu anyone/) and instead aired Mere Dad Ki Dulhan and Crime Patrol during the particular slot, without any prior intimation.

This sudden decision did not go down well with the fans and they took to social media to express their anger.

They tagged SONY TV top boss Danish Khan demanding the reason for the decision and the re-decision.

In order to seek an answer for the fans, we reached out to the concerned network and categorically asked for the reason of the action, however, they chose to remain numb on the matter.

@SonyTV #YehUnDinonKiBaatHai rerun kyu stop Kiya 😣 answer it.
TRP is not at all the reason behind to axe the show YUDKBH ki TRP aapke dusre shows se kafi achi thi even after fluctuating and clashing with other mythological shows.
We deserve to get answer @SonyLIV https://t.co/ajEehqTvqj

Well, we can only sympathise with the legions of Yeh Un Dinon Ki Baat Hai fans. 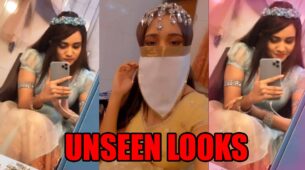