Khichdi the much-awaited culd comedy show will return only in the second half of the year. 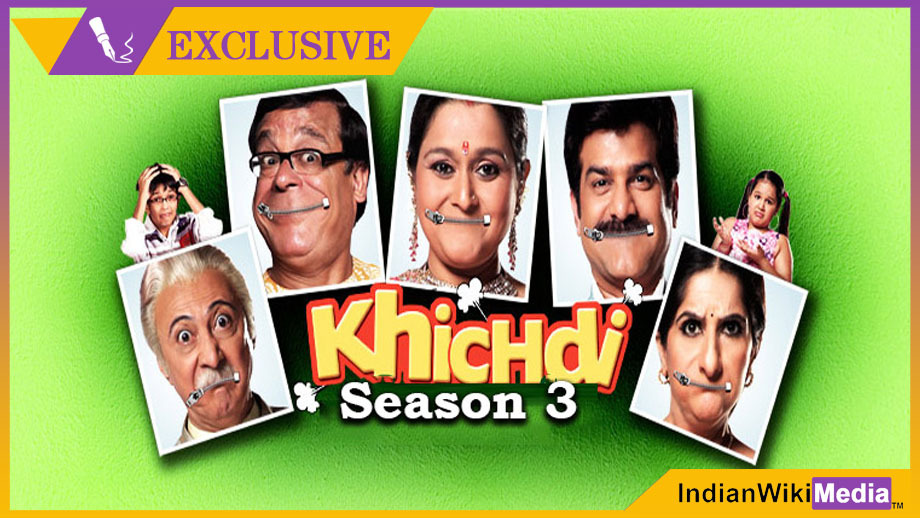 Fans of the popular comedy show, Khichdi will have to wait tad bit longer to enjoy the new fragrance and entertainment value of the cult show!!

Yes, the last report that came by about the launch of Season 3 of the comedy series, was that it was slated to launch on Star Plus sometime in February or March.

However, while we checked for the present status of the show, we at IndianWikiMedia.com have got to know that Khichdi will now launch post the cricketing season of IPL!!

Khichdi as we know, is produced by J.D. Majethia and Aatish Kapadia’s Hats Off Productions. Khichdi was first aired in 2002 on Star Plus. Later, it was followed by Instant Khichdi on Star One. The cult comedy show was also made into a film titled ‘Khichdi: The Movie’.

A credible source tells us, “Star Plus is working on a new strategy when it comes to the new programming to go on air. As a result of this, many new fiction concepts will go on air in the second half of the year. Though Khichdi was supposed to entertain viewers from March, the new plan is to keep the show away from the competition coming from the upcoming 20-20 biggie. Hence the channel has delayed the launch of Khichdi by few months.”

We buzzed Producer J.D. Majethia, but could not reach out to him.

The new series of Khichdi will have a great ensemble cast that includes the talented cast from the earlier season as well as additional ones. The actors to join Khichdi this time around will be Renuka Shahane, Bhaktyaar Irani, JD’s daughter Mishri, Aatish’s son Agastya, Amit Dolawat, Krunal Pandit and many more.

Are you all excited about the return of Khichdi? Watch this space for more updates.

Andre Russell vs Kieron Pollard: The Best Caribbean All-Rounder For Your IPL Team

Check out the best IPL encounters between SRH and KXIP!