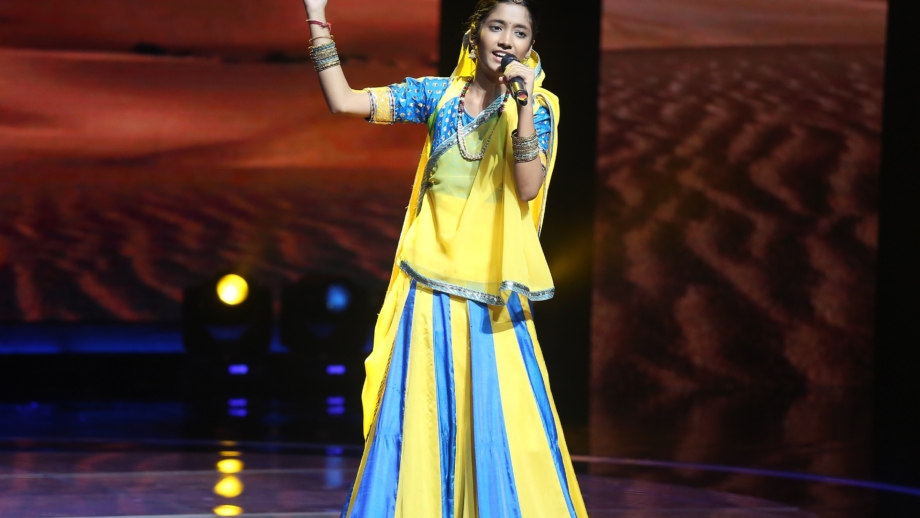 Get ready to be blown away by the scintillating performances of the top 16 contestants in the upcoming episode of India’s favorite singing reality show for kids Sa Re Ga Ma Pa Li’l Champs.

While the contestants are enthralling the audiences with their phenomenal singing and impressing the judges and the jury alike, our charming host and dost Ravi Dubey’s entertaining antics are keeping everyone hooked!  The upcoming episode will see truckloads of fun, excitement & entertainment as the cast of the much-awaited flick Luka Chuppi – Kartik Aaryan and Kriti Sanon graced the sets of the show along with singing sensation Tony Kakkar.

While all the contestants gave splendid performances, Nagpur’s 14-year-old Li’l Champ Sugandha Date engraved her name in our hearts with her phenomenal tribute and magical performance to evergreen actress and Bollywood’s most revered personality Lt Sridevi ji’s beautiful song Morni Baga Ma.  Sugandha left everyone speechless and mesmerised with her performance. Moreover, the Li’l wonder was dressed as Sridevi ji and her performance definitely took everyone down the memory lane.

Sugandha received accolades for her lovely tribute and performance and we hope she continues to win hearts with her melodious voice!

With the Luka Chuppi cast in the house, the audiences are in for great fun and entertainment. Bollywood fever will take over the sets of Sa Re Ga Ma Pa Li’l Champs as the judges and host will be seen getting into the garbs of popular Bollywood actors and characters. Amaal will go the Simmba way dressing up in a cop look while Richa Sharma will put on the look of evergreen actor Zeenat Aman. The Shaantastic judge Shaan will adopt the cool look of superstar Shah Rukh Khan from Mohobbatein and host Ravi Dubey dons the student look from Student of the Year. Well, that’s not all,  contestant Sugandha Date’s performance to ‘Morni baga Ma’ left everyone mesmerised and cutest singing prodigy Swaransh Tiwari’s performance to ‘Mere Sapno ki raani’  stole Bollywood hunk Kartik Aaryan’s heart.