Surendra will play a Aghori baba White Horse International, helmed by Anuradha Sarin, has marched ahead with its plans with respect to its upcoming show on Life OK!!

On the auspicious day of Akshaya Tritiya, the revenge thriller with Avinash Sachdev as lead has gone on floor!!

The intriguing concept actually had Avinash as the main hero and Manav Gohil slated to play the anti hero, with both of them having shot for the pilot. However, we exclusively reported about Manav opting out of the project bringing in Manish Goel (Manish Goel replaces Manav Gohil in Life OK’s next)

Now, Indianwikimedia editorial team has learnt that veteran and talented thespian Surendra Pal has been brought on board for the project.

Surendra will be seen enacting the powerful role of a Aghori baba.

When we connected with Surendra he said in confirmation, “I have played many characters over the years, right from Shaktimaan to Mahadev, but never ever donned the role of a Aghori baba. It’s challenging and immensely interesting. Usually Aghori babas are shown in typical unkempt big bearded shabbily dressed manner, but my portrayal is different and powerful.”

Congratulations on the part Surendra.

Our readers would be aware that this yet untitled revenge thriller with a reincarnation backdrop has a good ensemble cast with actors Ricky Patel, Savita Prabhune, Sayaji Shinde, Sanjay Batra, Sameer Sharma, Garima Bhatnagar, Krishna Shetty being part of it.

Gear up for more exclusive updates right here on Indianwikimedia.com. Why did Sameer Sharma commit suicide? 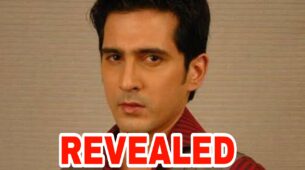 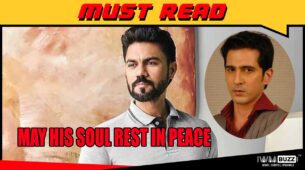 Avinash and I met for the first time at IWMBuzz.com party: Palak Purswani