One of the top actors in Indian television Mohsin Khan is known for his commendable acting in the show Yeh Rishta Kya Kehlata Hai, which airs on Star Plus.

He is seen portraying the role of dashing and sexy Kartik Goenka alongside his co-star Naira Goenka aka Shivangi Joshi. Fans admire him for his acting in this show and just can’t stop talking about it.

Recently, he along with his Yeh Rishta team celebrated co-star Simran Khanna aka Gayu’s birthday.

Check out the video and picture! 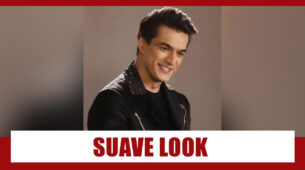